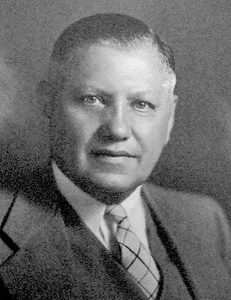 During a 40-year period beginning in the late 1800s, more than two million citizens of central European nations emigrated to the United States in search of peace and prosperity.

One of them was a 9-year-old boy named Martin Skok.

Skok traveled alone from Czechoslovakia to New York City in 1904, where he was processed on Ellis Island and released in the care of an aunt. He then was dispatched, by parcel post, on a train bound for Chicago, where he would join his widowed mother.

Skok was both a dreamer and a rough-hewn realist. Within five years he had left school to begin work as a drill punch operator. By age 16 he was assembling engines and, at 21, became an apprentice mechanic.

In 1918, he was hired to run an auto dealership service department in Elgin, Illinois. It was there that he took note of a chronic shortage of reliable, high-strength replacement piston pins. Skok soon set out to fill that need from rented space in a local factory. Within a matter of months his fledgling operation – which went on to sell more than 36,000 piston pins in its first year – was incorporated as Elgin Machine Works.

Elgin quickly became a preferred source of top-quality, precision engineered parts for engine rebuilders, auto dealerships and other customers across North America. The company quickly expanded into other categories – water pumps, steering gear sets, king pins, and pistons – and was serving thousands of jobber customers across the U.S. By 1935, Elgin had grown to 50 employees involved in engineering, production and distribution, and annual sales of its innovative “Elgin Lap” piston pins exceeded 2.5 million pieces.

In 1954, Skok’s son, Martin Skok Jr., became CEO, guiding the company over the next half-century to leadership positions in the original equipment and replacement industries. He also expanded Elgin’s motorsports program, building and campaigning cars in national and international road races, stock car events and at the Indianapolis Motor Speedway, where the iconic Elgin Piston Pin Special ran in 11 Indy 500s.

With each new decade, the company’s growth accelerated, with a thriving portfolio of OE accounts – including leading auto and heavy-truck manufacturers – a burgeoning export business and a new, state-of-the-art engineering, production and distribution complex located just a few miles from the original factory.

Now celebrating its 100th Anniversary under the leadership of the third generation of Skok family members, Elgin is one of the world’s fastest growing manufacturers of original equipment and replacement engine parts, including push rods, piston pins, king pins, suspension parts, and other components. In addition, the company’s Elgin PRO-STOCK brand is a leading player in the street performance and racing markets.

Elgin is a Tier One supplier to organizations such as Fiat Chrysler, Deere & Company, Ford, Polaris, Harley-Davidson, Mack, and Navistar. The company also is a leading exporter of components to OE and Aftermarket customers worldwide.

What began as a young entrepreneur’s dream in 1919 continues a century later as one of the most respected and progressive manufacturers serving the global transportation and industrial markets. And Elgin Industries begins its second century with the same commitment to quality, service and value that fueled its founder’s early success.